The mall is surrounded by one of the strongest income brackets in Atlanta with a trade area population of 890,000 growing 2% annually. The mall touches more than 1.4 million people within 15 miles and sits in the middle of 19 million square feet of Class A office space, making this prime location a premier option for retail space for lease in the Atlanta area.

Alpharetta's North Point Mall, beginning Q2 2019, will be undergoing an extensive interior and exterior renovation that will include the addition of residential units, office space, entertainment, restaurants, and additional destination services and retail uses. The mall provides the North Atlanta region with many of the most sought-after national tenants along with several dining and entertainment options.

Signature retailers include Aerie, American Girl, Sephora, Victoria's Secret, Lego, Build-A-Bear, Sur La Table, and H&M. North Point Mall is anchored by Macy's, Dillard's, Von Maur, JCPenney, and AMC Theatres. This center has the only AMC Theatre in Georgia with Dolby Cinema at AMC and IMAX at the same location.

Norht Point Mall offers premium retail space for lease in Northeast Atlanta. We invite you to explore the leasing footprint and tenant mix at North Point Mall. Get in touch to learn more about leasing opportunities in Alpharetta, GA.

Contact our leasing specialist to explore retail space for rent in Alpharetta, GA. From property management services to marketing, our team has the tools to promote ongoing success.

Pop-up store leasing at North Point Mall allows online retailers to develop brick-and-mortar strategies by offering a physical presence with flexible lease terms depending on the brand’s goals. Brookfield Properties team can help you identify markets, properties and retail spaces for lease in the North Atlanta region to simplify the transition from online to offline.

Whether you are interested in leasing space for a full-service restaurant or a quick-service franchise, our Eat / Drink specialists can help grow your restaurant business in Northeast Atlanta.

We know how to market your brand to build awareness and expand your reach in the Atlanta area. Get in touch today to learn how our advertising capabilities can meet your needs. 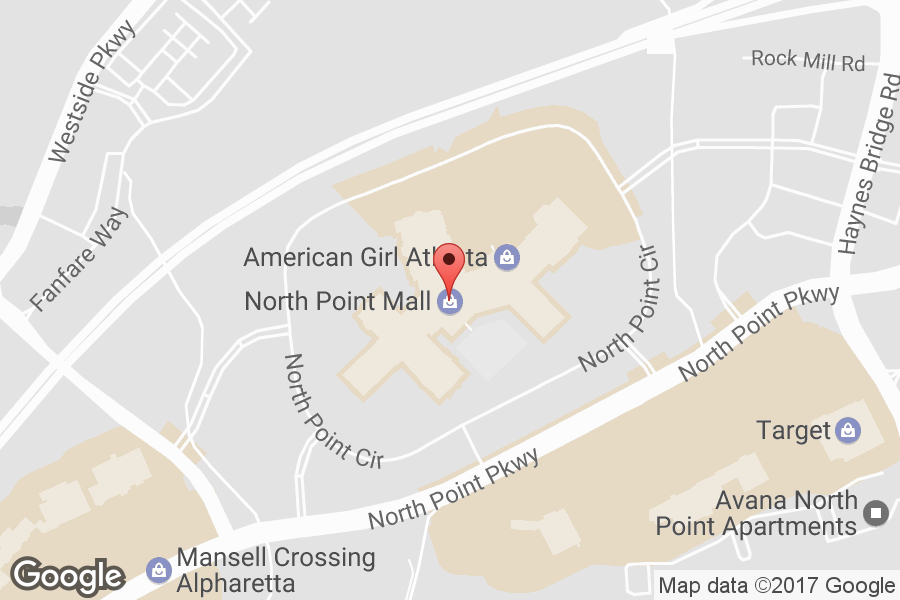