Centrally located on one of Augusta’s most traveled traffic corridors, Augusta Mall enjoys excellent visibility and access from I-520, which is travelled by more than 82,000 cars per day. Augusta is the second largest city in the state of Georgia and is the major center of commerce in the region. The area is positioned to become the cyber security powerhouse for the United States with the extension of the National Security Agency, expansion of Fort Gordon, and the development of the headquarters for the Georgia Cyber Center. Augusta Mall proudly serves over 20,000 active service members, 61,000 retirees, 20,000 medical personnel, and 3 colleges. The city serves as the cultural, educational and medical hub for a two-state, 21-county area that extends as far as 75 miles from the center of the city. With such a large and diverse captive audience, Augusta Mall offers a unique opportunity with retail space for rent in Augusta, GA.

Augusta Mall offers premium retail space for rent in Augusta, GA. We invite you to explore the leasing footprint and tenant mix at Augusta Mall. Get in touch to learn more about leasing opportunities.

Contact our leasing specialist to explore opportunities around retail space for rent in Augusta, GA. From property management services to marketing, our team has the tools to promote ongoing success.

Pop-up store leasing at Augusta Mall allows online retailers to develop brick-and-mortar strategies by offering a physical presence with flexible lease terms depending on the brand’s goals. We can help you identify markets, properties and retail spaces for lease to simplify the transition from online to offline.

Whether you are interested in leasing space for a full-service restaurant or a quick-service franchise, our Eat / Drink specialists can help grow your business in Augusta, GA.

We offer specialty leasing options that range from customizable kiosks to Retail Merchandising Units (RMUs) that position your business in common areas with high foot traffic throughout Augusta Mall. Contact our specialist to learn more.

We know how to market your brand to build awareness and expand your reach in Augusta, GA. Get in touch today to learn how our advertising capabilities can meet your needs. 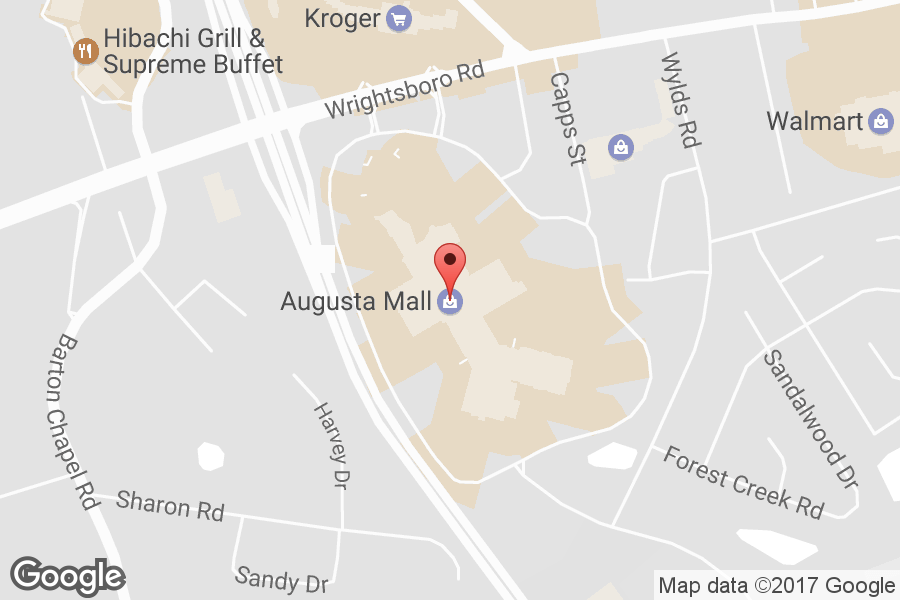